Killer Joe has to be the coolest, darkest, most twisted popcorn movie ever. It’s vulgar, violent and totally offensive. It can be loosely classified as a crime film which tells the story of Killer Joe; a contract-killer assigned to kill a woman by her own beloved son and dim-witted husband.

So, why should you watch Killer Joe? Or the question would more appropriately be – Should you watch Killer Joe? Let’s be clear : it’s a depraved little film. Watch a couple of hours worth of Jerry Springer and you’ll get an idea of where the Smiths are coming from. And as the film wastes no time beating around the bush introducing us to the true nature of these characters, neither will I.

In an early scene where Chris Smith (Emile Hirsch) awakens his somewhat-estranged family in the middle of the night, shouting and banging on their caravan door – the door swings open and he is instantly treated to his step-(thank God for little mercies) mother’s (Sharla) naked crotch within an inch of his face. And her reason for opening the door in this unorthodox fashion – “I didn’t know it was you.”

“Put some clothes on for Chrissakes!”

If by this time I still had any doubts about where this film was going to take me, I had completely quashed them by the time Chris tries to shield his eyes from Sharla’s genitals and begs her to put some clothes on. “It’s a bit distracting…your bush staring me in the face,” he explains. Careful with that popcorn!

All the actors obviously had a ball with their characters. The sweet surprise was Juno Temple, who I had only known from Mr.Nobody (2009) where she had a much smaller role. As the young Dottie Smith, she manages to convey such innocence one almost feels sad for her. 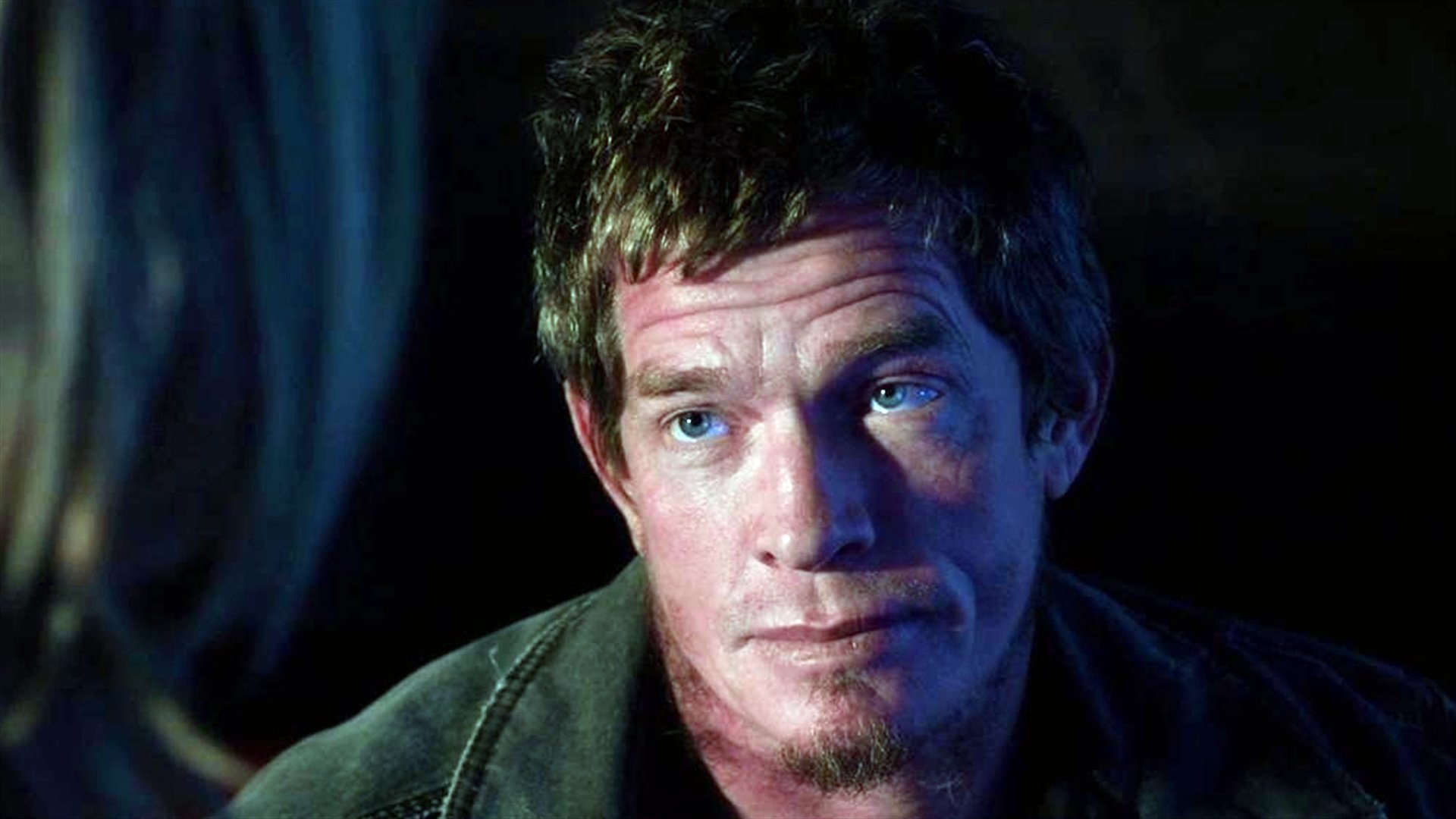 The best thing about this film has to be Thomas Hayden Church as Ansel, the dysfunctional head of the family. Hayden Church is one fantastic character actor; his performance was undoubtedly the bee’s knees. Here he succeeded in portraying the ultimate brain-dead hillbilly. His best line had to be his response to when Joe asks him what he thinks about him ramming the chicken drumstick down Ansel’s wife’s throat; “I DON’T!”

Ansel Smith has to be the most gullible, naïve and yet lovable loser I have ever encountered. And then there’s Matthew McConaughey, Killer Joe himself; who we hadn’t heard of for quite a while. Not counting his role as Dallas in Magic Mike realeased in the same year Killer Joe was, he was mainly known as the hunk in all those famous romcoms starring alongside Sarah Jessica Parker (Failure to Launch, 2006) Kate Hudson, (How to Lose a Guy in 10 Days) and Jennifer Lopez (The Wedding Planner, 2001). Of course, most of these films are news to today’s Beiber & One Direction generation, but in his day, McConaughey’s fans were mostly female and keener on his dashing smile and flawless backside than on his acting abilities. Today, Matthew McConaughey is a totally different ball-game than what he used to be. He has gone to great lengths to reinvent himself – (see Mud (2012), The Dallas Buyers Club (2013).

He has suddenly made his name one of the most revered in Hollywood, up there alongside DiCaprio and Crowe, and seems to have murdered his heartthrob image with gusto.

The transition between yesterday’s McConaughey and today’s has to be his minor role in Tropic Thunder (2008) and clearly in that as Killer Joe. Thankfully, this is a film which does not take itself seriously, so McConaughey was allowed to poke fun at himself. One of the best moments, for me, was when Chris interrupts Killer Joe during an … intimate moment (which happens off-screen). Mistaking Chris for somebody else, a stark naked McConaughey attacks him and almost shoots him in the face. Once he recognizes the intruder for who he really is, Killer Joe coolly stands up, does a slow turn and walks away from the camera, flaunting his naked derrière almost in slow-motion.

I mean all that was missing from that scene was a Marvin Gaye riff. I loved how this film managed to be so dark and twisted and still peppered with funny little moments. The inclusion of Clarence Carter’s Strokin’ on the soundtrack was a stroke of pure genius. It’s a film you’re unlikely to ever forget. And good luck next time you attempt to eat that Kentucky Fried chicken leg…